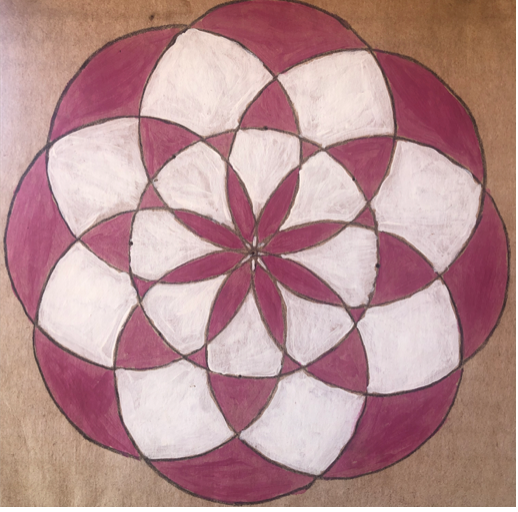 Have you ever been to a concert and felt the vibration from the subwoofers in your body? You can feel the music pulsing in waves and beats in your very own organism.

We can hear sound, but can we see sound?

The answer is yes! Imagine we are in a pool of water. I push the water toward you and you see the waves coming your way. It’s the same with the sound coming out of the subwoofers or out of an instrument or out of your mouth. The sounds are sound waves and they can’t be seen moving through the air but there are ways to make them visible.

Cymatics is the study of just that. What does sound look like?

Cymatics is a systems science study of wave phenomena through sounds as consisting of wave, pulse and geometric structure. The term “cymatics” was originated by Dr. Hans Jenny, although scientists before him such as Galileo Galilei, Robert Hooke and Ernst Chladni had all been exploring the concept.

To experiment with cymatics, Dr. Jenny used an oscillator vibrating a plate to make shapes appear in sand as different frequencies were sounded. The higher the frequency, the more complex the geometric pattern would be. This illustrated how different sounds and frequencies create different patterns and waves.

When water is vibrated by sound, beautifully symmetric shapes form.

Now think of all the water and liquids in the human body and imagine how each water molecule in the body is dancing in vibration with the sound waves, creating perfectly geometrical shapes! Between our heartbeat, breath and so many other physiological processes, our whole body is constantly having a cymatics dance party!

Cymatics teaches us about the need for chaos. Between the changing frequencies in the experiments, the sand or water has to get wild and free, then it settles into a lovely structure. Without the chaos, the beauty would not emerge.

Chaos is the dissolution of geometric wave patterns into a node. It is a return to primordial source. We can see the nodes or still points as the wave patterns change.

Chaos is what allows the patterns to change. To shift to the next pattern, chaos must be present. We can think of this in our own growth and transformation. It is not usually a smooth process. Something needs to get shaken up for change to happen. But we know the result will be worth the chaos.

Another key takeaway from the study of cymatics is that the underlying vibratory field gives matter form. When we think of our own self we know that we feel best when we are vibrating in a harmonic frequency. When something is “off” we can turn to the vibratory field and rebalance from there. You can help adjust your own vibratory field through sound, visualization and intention.

“You are like a cymatics plate being vibrated by your feeling tone”. - Dr. David Perez